With one simple Instagram story, Madonna has announced that Madame X will be released in October 2021. There is no other information at this point.

Madonna has been working on the release for the past few months, regularly reporting in her stories from the studio as she was editing and sound mixing. Earlier this week, she mentioned they were in the final editing days.

Pink is opening up about how she feels about Madonna.

The 41-year-old “So What” superstar made an appearance on What Watch Happens Live With Andy Cohen on Thursday night (May 20).

During her appearance, Pink was asked about how she feels about Madonna.

“Madonna was… my God. I mean…I remember watching Truth Or Dare and just thinking ‘My God, look at how fierce she is,’” she began.

“She’s such a force and she always stood for something, and she always fought for something. It always seemed like she had such a respect for her crew and her dancers and her craft. She was always pushing boundaries, but not just for controversy’s sake. It’s because it was stuff that she believed in,” she continued.

“I would say that that was my first lesson…I could do that…I want to do that.”

Celebrating 30 years of Truth or Dare

It's been 30 years since Madonna released Truth or Dare, the documentary that followed her on the Blond Ambition Tour. Outside of the US, it was released under the title In Bed With Madonna.

The documentary was the first of its kind and revolutionized the way we look behind the scenes of an artist on tour. For the gay fan community, it was revolutionary for its display of the openly gay dancers (and then there was THAT kiss).

Many articles have commemorated this anniversary this week. Check them out below.

Blonde on Blonde: ‘Madonna: Truth or Dare’ at 30

Madonna: Truth or Dare at 30 – the most revealing pop star documentary ever?

Want to know how to write and perform songs? Shawn Mendes, Madonna, or Diplo are happy to teach you. On Tuesday, talent manager Guy Oseary and entertainment executive Michael Powers launched Bright, a star-studded educational livestreaming platform that pledges classes and lessons from celebrities. Also slated to host sessions are Charli and Dixie D'Amelio, Amy Schumer, Judd Apatow, Laura Dern, Ashton Kutcher, and Kane Brown among many others— and Bright's cofounders say the company has 1,500 potential speakers on a waitlist.

Madonna is one of Oseary's longtime clients, and Kutcher is his partner in Sound Ventures, a venture capital firm he founded in 2015 — and Bright's investors include Sound Ventures, RIT Capital, and Norwest. Powers, a former CBS interactive executive and an early employee of YouTube, will serve as CEO. 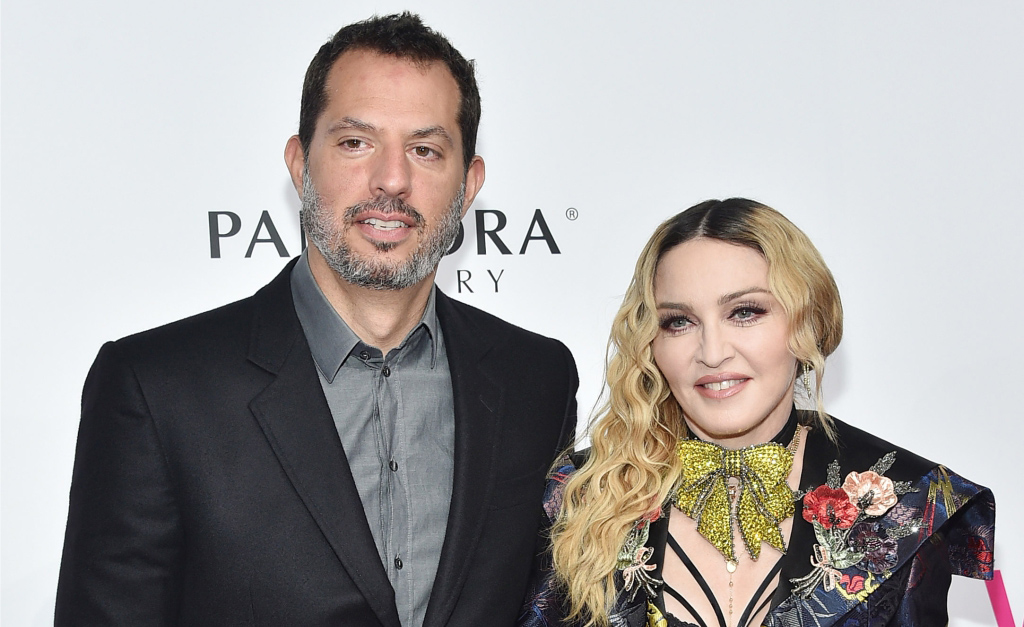 Educational video content is in high demand: MasterClass, which has Carlos Santana on guitar-playing and Gordon Ramsay on cooking, was valued at $800 million last year, per Bloomberg, while competing platform Monthly.com has courted musicians like Kygo, Charlie Puth and Ryan Tedder along with artist Ten Hundred and baker Christina Tosi, founder of Milk Bar. What differentiates Bright, however, is that rather than uploading pre-recorded videos, Bright will air all its sessions live. Audience members can send questions in the stream's chatroom and join the host on the webcast's "stage."

"I personally prefer to experience the conversation, and I think the audience will feel more connected getting their questions answered. When you're leaning back, there's none of that connection," Oseary says.

"When you're at a concert and the artist brings one person on stage that night, it feels like we're all on stage. I think it's really beautiful to see people connect with one another. And we're the only ones doing that in this space."

Each host will decide how long their session will be, how many spaces they'll allow for the audience to tune in, and how much their session will cost. The talent gets 80 percent of the revenue from the session and Bright takes the remaining 20 percent.

While Masterclass's premium videos can take a while to produce, Bright's sessions will be more casual and low-cost, which allows the company to air more content.

"We're not anywhere near what they do. They're focused on episodic content," Powers says. "We want to provide a very comfortable place with excellent tech that allows people to not be intimidated. They don't have to get the crew and the hair, and the makeup and script everything. We're not looking for that. You want to go deep, go somewhere else and there's 20 people there you can watch. We want an endless sea of amazing talent out there that have some something to share."

Snoop Dogg has launched the music video for his new single Gang Signs. Madonna makes a cameo appearance at the 3'33 mark, smoking weed, as Snoop signs the line "While I'm passing joints to Madonna".

She's wearing the purple Prada outfit which we saw in her Insta stories a while back (where she was also seen sharing a puff with boyfriend Malik), so that was pobably when it was recorded. 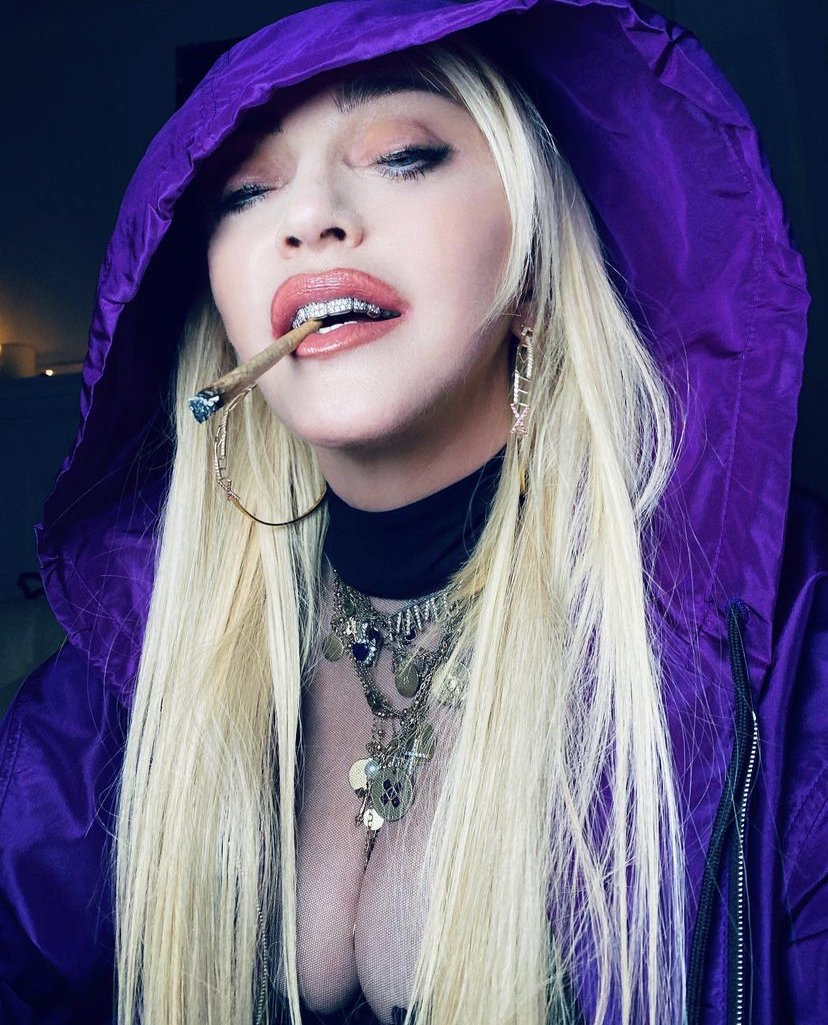 Nick Kamen has passed away

Model and singer Nick Kamen has died at the age of 59, a friend of his family has confirmed to the BBC.

The Essex-born star was known for appearing in a 1985 Levi's advert filmed in a launderette.

His music career peaked the next year with a top five hit Each Time You Break My Heart, co-written by Madonna.

Kamen - real name Ivor Neville Kamen - rose to fame in a jeans commercial, which showed him arrive at a launderette and strip down to his boxer shorts as several women looked on.

The advert, soundtracked by Marvin Gaye's I Heard It Through The Grapevine, helped to boost the company's denim sales and made him a sex symbol in the process.

It also caught the attention of the queen of pop, who told the BBC at the time she had been taken by Kamen's "charisma" and "beautiful voice".

Madonna then contacted Kamen and asked him to record Each Time You Break My Heart - a synth-pop track left over from her third studio album True Blue - while she provided backing vocals.

Kamen's follow-up track, a cover of the Four Tops' Loving You Is Sweeter Than Ever, peaked at number 16 in the UK singles chart but reached number one in Italy.

He topped the charts again in Italy with 1988's Tell Me, to which Madonna again provided backing vocals, and got to number one in Austria and Sweden with 1990's I Promised Myself.

Kamen, who was born in Harlow in 1962, is understood to have died on Tuesday night after a long illness.

~ Madonna reacted on her social media:

It breaks my heart to know you are gone. You were always such a kind sweet human and you suffered too much. Hope you are happier wherever you are Nick Kamen.

Madonna gets another tattoo

The Madame X era is not over yet for Madonna. In her latest Insta video she's seen getting a red "X" tattooed on her wrist.

Early December, she got her first tattoo, which was also an initial tattoo: she had the initials of her 6 children tattooed on her other wrist.