Madonna's new movie W.E. will premiere on the 68th Venice International Film Festival, which takes place between August 31 and September 10, 2011. This was tweeted by fashion designer Arianne Philips, who designed the costumes for the movie: "Madonna's directorial debut w/the film W.E will premiere@theVenice Film festival it's official I am so excited for everyone 2C the costumes."

The stars came out to honor Oprah Winfrey in a pair of spectacular farewell shows taped in front of 13,000 ecstatic fans as the talk show queen wraps up her 25th and final season.
Tom Hanks served as host and cheerleader for the evening, telling Winfrey "tonight you are surrounded by nothing but love" as he thanked "a friend who had a classroom of millions" for everything she's done for her viewers.

Much was said about Winfrey's charity work, but even more was said about how she inspired her fans to lead better lives and help others. "It's no secret that millions of people are inspired by Oprah. I am one of those people ... She fights for things she believes in, even if it makes her unpopular... I have learned so much from her." a gushing Madonna told the crowd on Tuesday."She's a self-made woman who's been at the top of her game for over 25 years and she is still kicking ass and encouraging people to dream big, to work hard, to read a book, to ask questions, to get an education no matter who you are or where you come from."

The two shows - which will air Monday and Tuesday ahead of the final episode Wednesday - were filled with surprises for Winfrey, who was brought to tears again and again. (

No W.E. in Cannes; soundtrack not ready

There was a notable absence on the Croisette this year - Madonna.

The superstar had hoped to premiere her eagerly awaited movie W.E at the film festival this week, but screenings have been put on ice because the project is still not finished.

Madonna, 52, had wanted to showcase her film, about King Edward VIII and American divorcee Wallis Simpson, but she is still making finishing touches to the soundtrack and there are three weeks more of post production to complete before the film is ready to be screened to an international audience. 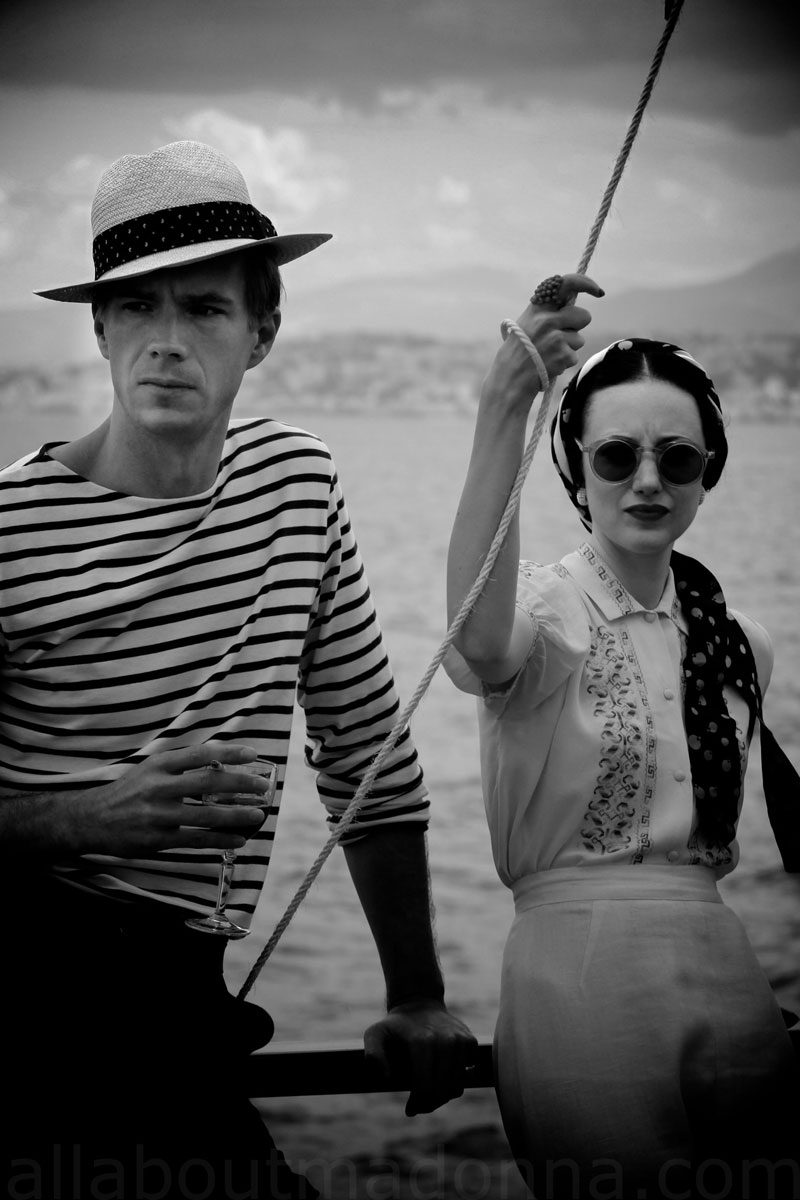 'It was hoped that Madonna would be the star of this year's Cannes,' says a source at the festival.

'But the film isn't ready. While the movie's distributors will attend the festival, they will preview select cuts to buyers at private screenings instead of showing the entire feature.'

The movie is the singer's first big-budget directorial role. She has secured backing from Indian billionaire Anil Ambani's IM Global film financiers and an insider who has seen the rushes says: 'The movie is actually rather good.'

Madonna is desperate for W.E to resurrect her ailing film career.

She signed up Newcastle-born actress Andrea Riseborough as Wallis Simpson and James D'Arcy as Edward.

The film was shot on location in the South of France last July, and in London and New York.
'Madonna is 100 per cent focused on ensuring that the film is perfect. She has been in London's Abbey Road studios working on the soundtrack with producer William Orbit,' says the source.

'They are now looking towards a London premiere later this year or early 2012 – the Queen's Diamond Jubilee year – which Madonna hopes will allow them to capitalise on its British Royal theme.'

A spokesman for Optimum Releasing, the film's UK distributor, said: 'The film was not due to be shown in Cannes. It is in post production and will now be released early next year.

Madonna and Rihanna are the latest superstar divas to team up for a new project - but instead of working together on a new single or remix, the pair has joined forces to sell coconut water.

The Vita Coco brand of coconut water, of which Madonna is an investor, will feature the Barbados-born Rihanna in its national advertising campaign launching this summer.

"Rihanna is a natural fit for the Vita Coco brand and I'm so happy to have her on the team," says Madonna in a statement. Rihanna adds, "I love Vita Coco! It's real coconut water from hand-picked coconuts. It's delicious and so good for you!"
Rihanna recently paired with another pop star, Britney Spears, for the remix to her hit single "S&M," while the music video to "California King Bed" premiered on Monday (May 9). Meanwhile, Madonna is completing work on the feature-length film "W.E.," which she directed, due out later this year.


Madonna's collaboration with Lola on It's So Cool

Madonna is preparing daughter Lourdes to inherit her pop crown when she finally hangs up her conical bras.

The singer has collaborated with the teen on a recording and hopes it will set her on the way to a successful career. The track is called It's So Cool and Madge is in two minds over whether to feature it on her next album or the soundtrack to her new movie about US socialite Wallis Simpson and her relationship with Edward VIII.

A source said: "Madonna hopes Lourdes will step into her shoes and become one of the biggest female artists in the world. She's the perfect mentor for her daughter and is keen to assist her first steps into the industry. Lourdes has a great voice and plenty of character - like her mum."

The pair first recorded the track together eight years ago but it was reworked in a New York studio in February. The original 2003 song had an acoustic feel but it was turned into a Europop version and released through iTunes to promote Madge's 2009 Celebration compilation. But Lourdes' voice was not on that version and their recording has never been released. Record companies and film bosses are already interested in signing the teen. Warner Brothers were sniffing around hoping to persuade her to take on a part in the Harry Potter films a few years back. Madge blocked the move to make her daughter concentrate on her education, which is typical of her strict upbringing. There was one point in her life when she wasn't even allowed to watch the televison.

There's bound to be a heavy expectation placed on Lourdes' young shoulders. Her mum has set some lofty standards and it must be a daunting prospect following in her footsteps. But Madge's recent work hasn't exactly set the world alight so it could be the perfect time for Lourdes to start making a name for herself. It will be interesting to see if Em allows her daughter to dress up in the type of stage clobber she's worn down the years. If she does, it might be best to wait until she turns 18.