It's time we stopped talking about Madonna's age

Her new lingerie photos have divided opinion across the internet.

Love her or hate her, you can't deny that Madonna is and always has been a stunningly beautiful woman. Meanwhile, she has also always been the centre of controversy with her bold looks and daring career moves. And that's not looking to change anytime soon as she causes quite a stir with a series of lingerie shots on Instagram.

Clad in what appears to be leather and lace underwear (and a cap), the Queen of Pop looked sensational in her Instagram shots (indeed, judging by his thirsty reply, Snoop Dogg thought so too).

"And Now For A Moment of Self Reflection", she captioned the images, signing off under her latest moniker "Madame X".

But all anybody seems to want to do is comment on the likelihood of the use of Photoshop on the images; a point that doesn't get brought up nearly enough in comparison when a younger celebrity unveils nearly nude selfies, despite the fact that pretty much anyone who uses the platform to post model-esque shots uses a combination of filters and airbrushing.

So why is Madonna being especially derided for it? Because she's no longer a 25-year-old and so she should be curled up in a armchair with a basket full of knitting not flashing her under garments to the world - at least, according to the tabloids.

News outlets didn't hesitate to point out her age in their headlines; whether it's meant as a low-key dig, or just surprise that she looks that good at her age, it only perpetuates the fact that we all still think of over 60s as doddery old grandmas when modern advice on healthy living, an ever shortening gap between the young and old minds (thank you, internet) and today's generation of women refusing to conform to the standards of womanhood that a patriarchal society has been enforcing for centuries tells us that they really needn't fit this stereotype anymore.

This time the Madonna 62 article was so fast. Thank you dailyfail https://t.co/aF8BGFQdbf

Madonna displays all the youth that she has always had, because that's exactly how people should be. Nobody really loses that essence of youth and vitality from our young adulthood just because of how many years we've been alive or what our bodies look like. And yet society still feels uncomfortable watching women over 30 baring flesh or displaying any kind of sexuality.

Despite being a legend in her pop career, Madonna has experienced ridicule since the 90s. And while nothing has stopped her dressing exactly how she likes and making potentially controversial decisions, it's about time we gave her a break. Older women are just as beautiful as younger women and, frankly, there's no age limit on sexy.

Everyone who makes ageist jokes about Madonna now because she’s over 60 really share the same energy with people who called her old at the age of 35 back in the 90s.Y’all not as cool as you think you are cuz you’re on the wrong side of history. pic.twitter.com/rY2xW9LOTs

The release includes the single edit, the original B-track Survival, and 13 mixes including the Orbital mix (which was used as an interlude on the Re-Invention Tour) and the Junior's Wet Dream Remix (to which M performed at the 1995 Brit Awards).

The music video, directed by Mark Romanek, has also been upgraded to HD. Watch it below.

So far, the following remixes have been made digitally available this year:

Frozen single gets a digital release with rare mixes

Twenty three years ago Madonna entered a new phase in her career, releasing Frozen, the first single from her Ray of Light album. Now the song has been given a digital release with some previously hard to get remixes being added to the iTunes store this week. 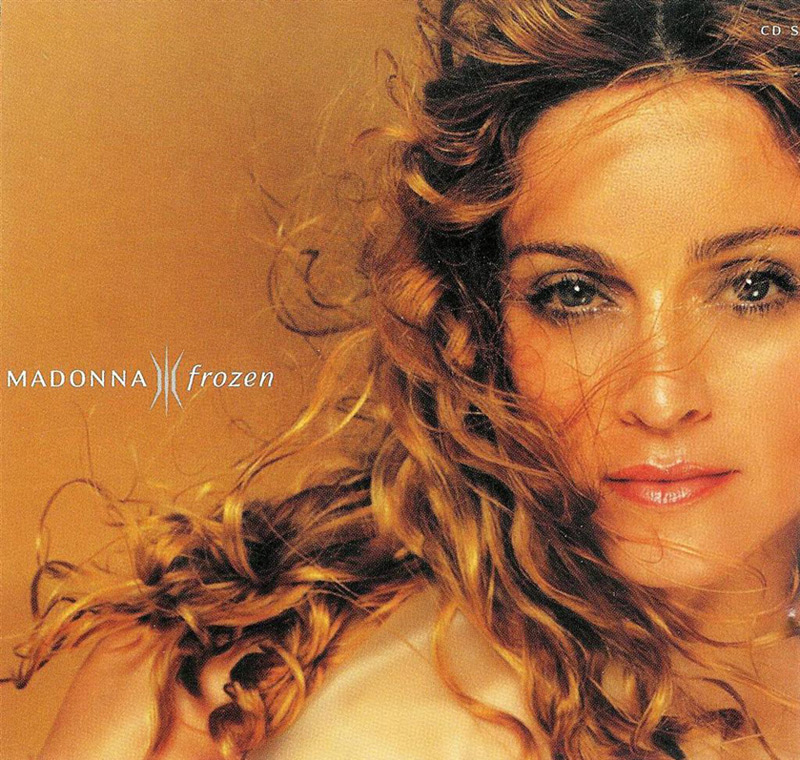 The digital release has ten different versions of the song including the Widescreen Remix which was previously only available on the Japanese single release, plus the William Orbit Drumapella remix and Victor Calderone remix that were not previously widely available. These appear along side a remix from British band Stereo MCs.

Frozen was written by Madonna and long-term collaborator Patrick Leonard. For her seventh studio album Madonna turned to British producer William Orbit who produced all but one of the album's 13 songs. Craig Armstrong, who had previously worked with Massive Attack, provided the orchestration.

The record came four years after Madonna's previous record Bedtime Stories, in the intervening years the singer has become a mother for the first time, and filmed the musical Evita, as well as releasing a number of ballads for compilations albums. Frozen hailed a new era for the singer, with her songs featuring more personal lyrics and an intriguing mix of sounds.

The two preciously unavailable remixes acapella remixes are distinctly different, Orbit's version is a brooding jazzy take on the track – devoid of vocals, as where Calderone's version features cut up vocal samples and is firmly planted on the dance-floor with additional trumpet riffs and percussive conga beat driving the action.

Billy Porter, who stars in Ryan Murphy's FX drama Pose, connected with José Gutiérrez to talk about the Ballroom Culture, and of course Vogue and Madonna. Here are some highlights from the interview:

PORTER: What was it like working with Madonna on her Vogue video?

XTRAVAGANZA: I was still studying dance at the time. I met friends of hers in the club, and they told her about me. It wasn’t something that I set out to do. It sounds surreal, almost as if god was like, “Look, little one, I’m going to put you here, and you just dance.” And that’s what happened. I met her and she said, “I’m doing a tour. I heard you’re the best at this vogue thing.” I beat out almost 7,000 other dancers for the opportunity. Dancers work their whole lives for that, and there I was at 18 years old.

XTRAVAGANZA: Yeah, I needed my mom’s permission to join the tour.

PORTER: We can’t gloss over that.

XTRAVAGANZA: It was crazy. I told them, “Yeah, my mom is fine with it.” I just forged her signature, because even if I had been old enough, there was no way she was going to let me go somewhere at that age without meeting this Madonna person herself.

XTRAVAGANZA: Madonna gave me so much. People always say, “She took from our community.” You know how the kids are. I’m like, “I’m from the community, so if anything, she took one of your own and gave them an opportunity to show their art.” I’m sorry, but if it weren’t for her, voguing wouldn’t be known so widely.

"Nobody wanted to give us a face, and she did. I will be forever grateful."

PORTER: That’s the way it was. We needed the allyship of a star like Madonna, at that time, to give us access.

PORTER: It’s such a complex conversation. If that had happened today, it would be a different conversation, right? It’s allyship that placed us in a position, all these years later, where, yes, we are now the architects of our own stories. I think she has to be credited for being a part of that.

PORTER: In 1990, you were nominated [along with Luis Xtravaganza] for Best Choreography at the MTV Video Music Awards for “Vogue.” What did that mean to you?

XTRAVAGANZA: It meant so much, Billy. It was almost too much. Of course, Madonna had already told us, “You guys are probably not going to get it. Two queens from the Lower East Side, they’re not ready for that.”

HD videos for Frozen and Nothing Really Matters

Madonna's team continues to celebrate anniversaries of her albums and singles with video upgrades and remixes.

To celebrate the 23rd anniversary of Ray Of Light, the music videos for Frozen and Nothing Really Matters are now available in HD on Madonna's Youtube channel. Let's hope the other ROL videos will follow soon.

Last month, the 26th anniversary of the Bedtime Story single release was celebrated with the HD video.

Other anniversaries are being celebrated by making the original remixes available on digital streaming platforms:

Original remixes for Rescue Me: https://Rhino.lnk.to/rescuemeWE

Rita Ora's first encounter with Madonna may not have gone exactly how she imagined it would, but the pop star insists that getting to meet her music idol was still "amazing" and the most starstruck she's ever felt.

During an appearance on The Tonight Show Starring Jimmy Fallon, Ora revealed, "The highlight of my life is obviously Madonna, that's one of the biggest idols of all time. I had an amazing moment with her, very awkward, but also very unbelievable." That awkward, but amazing moment came in 2013 when the pop star was hand-selected by Madonna to star in the campaign for her and her daughter Lola's clothing line, Material Girl. An honor Ora once called "one of the biggest complements I had in a while."

Ora said she was so excited to be in the presence of the pop icon that she "had to go and breathe in the bathroom" before the shoot. "She really just made me find my light, and by doing that we had to kneel on the floor," Ora explained. "And I thought it was ''Like a Prayer,'' in real life that was happening to me…I just couldn't breathe and then she was like ‘This is not my light. Let's get down,'"' motioning for both of them to get on the floor. "I thought, 'What? What's happening?'" But despite being baffled by the request, the pop star went along with it. Ora concluded with a laugh, "And so we did! I said, 'Whatever she says we're gonna do!'"