Madonna is reshooting scenes for her Madame X documentary

After announcing her Madame X documentary will soon be on Netflix, Madonna is now reshooting certain scenes for it. On Instagram she shared pictures and videos of herself and her crew getting back into the costumes of the Madame X Tour to redo scenes.

How Ray of Light brought a generation of gay men together

More than two decades later, the Queen of Pop's 1998 album remains the most savvy reinvention record of all time, writes Neil Symons.

As 1997 moved into 1998, change was in the air. Pop music was becoming cool again. Spice Girls, Steps and even Gina G had put pop back on the radio. For a generation of gay lads, 1997 also ushered in the G-A-Y and Heaven glory era.

A year or so before Queer As Folk debuted and drove gaggles of hen parties to Soho, we discovered the gay super-clubs, we discovered club remixes of our favourite songs, and most of us will remember what part of G-A-Y we were dancing in that cold February night in 1998 when the DJ dropped the Victor Calderone Club Mix of 'Frozen', the moment when the violins hit, the moment when the place exploded as loud as it did when Madonna herself finally hit the stage at the venue in 2005.

It had felt like a homecoming of sorts. Those of us who were old enough to have gone to the Girlie Show had a tough few years after that - Erotica had put Madonna out of favour with the public, her music wasn't cool enough for school - although Evita and ballads album Something To Remember had reset her credibility with the mums - and it was with a degree of trepidation and hope that we welcomed the news of a new Madonna album, Ray Of Light.

In these early days of the internet, most of us would rely on radio stations or TV for our Madonna news - in the era of information starvation, and with no social media to fill our immediate need, the wait for details was like Christmas.

After a long day of standing in the cold, a handful of us were led into the TV studio to watch Madonna perform 'Frozen' on the National Lottery show. At the time it was the most-watched programme on TV. For many of us, this was the closest we'd seen Madonna whilst she was performing.

The reaction was fantastic from all quarters - the critical acclaim that she'd never tasted before was everywhere, from NME to Smash Hits, from BBC to Billboard, but more importantly, from people our own age.

The friends that were mocking me during the Evita period were buying 'Frozen' because it had a Stereo MCs remix. The older fans were being eased into the new era because 'Frozen' was still a ballad, albeit with a future-proof sound. It was like our loyalty had been vindicated as we sat next to the radio on Sunday evening, recovering from last night at G-A-Y to hear the news that Madonna had knocked Celine Dion’s epic 'My Heart Will Go On' from Number One.

The week after that when many of us stayed home from work to listen to Ray Of Light on its day of release was equally memorable - hearing loud guitars on a Madonna record combined with the electronic melodies was so new, so fresh. The album was just hit after hit.

My dear friend Tony described 'Skin', 'Nothing Really Matters' and 'Sky Fits Heaven' as ‘the most glorious 15 continual minutes of her career’. Every lyric on the album meant something. Every song told a story. Every story could be visualised. The music was as close to 3D, living and breathing as music can be, it truly was the artist at the peak of her imperial phase, where critical and commercial acclaim met with a bolt of lightning to produce music perfection.

In the late '90s, pop was back and Madonna was spear-heading it with a sound that led the way. Whilst Steps, B*Witched, Billie Piper, Britney, Backstreet Boys, Cher and Five were also riding high in the charts, it felt like Madonna was once again leading the pack with a sound that both fitted and transcended the pop genre. 'Ray Of Light' as a single topped the charts around the world and ended up being one of the summer's biggest songs - with remixes from Sasha and Victor Calderone ensuring that no matter what club you were in you, you'd be hearing that scream.

Since then, Madonna has elevated the track to signature song status alongside 'Like A Prayer', and it's always the song that gets the biggest reaction at not only her concerts but also the Madonna Fan Party events. The video to the track was released as a single in its own right, her first video single since 'Justify My Love' - and is still critically regarded as her greatest pop video, winning over 50 'Best Video' awards around the globe.

Triumphantly, Madonna hit the promo circuit again in the latter part of 1998 to promote 'The Power Of Goodbye', collecting armfuls of awards for the Ray Of Light album, and the single and video, where many of us got to see her up close in the the Top Of The Pops studio for the first time since 'You'll See' in 1996.

It was during this era that many of us made friendships in the gay community that we still hold close now.

Those people who we’d go to G-A-Y or Heaven with every summer Saturday night in 1998 and dance like crazy with to 'Ray Of Light' with at 2am, then go home and put the CD on and listen to the opening bars of 'Drowned World' as the sun rose are still in our lives now - certainly we get told at the Madonna Fan Party events that many groups of friends who met during the Ray Of Light era still come together to the events, and Madonna shows, 20 years later.

The Sun brings the following rumours on the alleged Netflix documentary:

"I'm told that the Queen of Pop has signed a deal with the streaming giant to broadcast a documentary giving a glimpse into her superstar life.

The one-off special will feature extensive footage from her Madame X tour, which ended last March, as well as behind- the-scenes clips of the singer in action.

But it certainly won't be all smiles, as it is also expected to feature scenes of the superstar struggling with hip and knee injuries which caused her to axe several shows from the tour.

It will come 30 years after her groundbreaking documentary Truth Or Dare chronicling her life during her Blond Ambition world tour, which at the time was the highest-grossing documentary ever made. 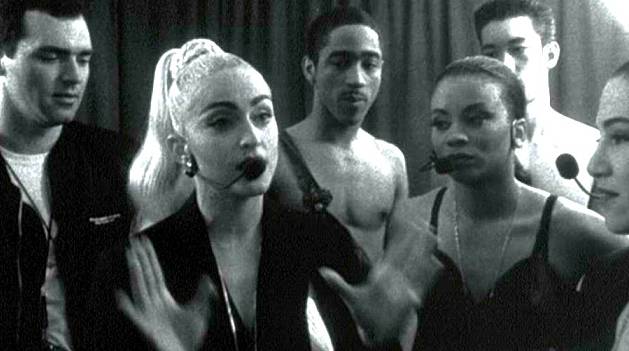 A source said: "Madonna quite literally put blood, sweat and tears into the Madame X tour and she wants this documentary to show it off for the spectacle that it was.

"She's never been the type to fade into the background, so viewers will definitely get to witness her dry sense of humour.

"She has spent weeks watching previews and helping to edit the footage at home in the US and is very hands- on with it."

The corresponding Madame X album went to No2 and became her 22nd Top Ten album when it was released in 2019.

Her 75-date tour included intimate venues in ten cities where fans were banned from using their phones.

That clever trick means the documentary will be the only way to see footage from her show. 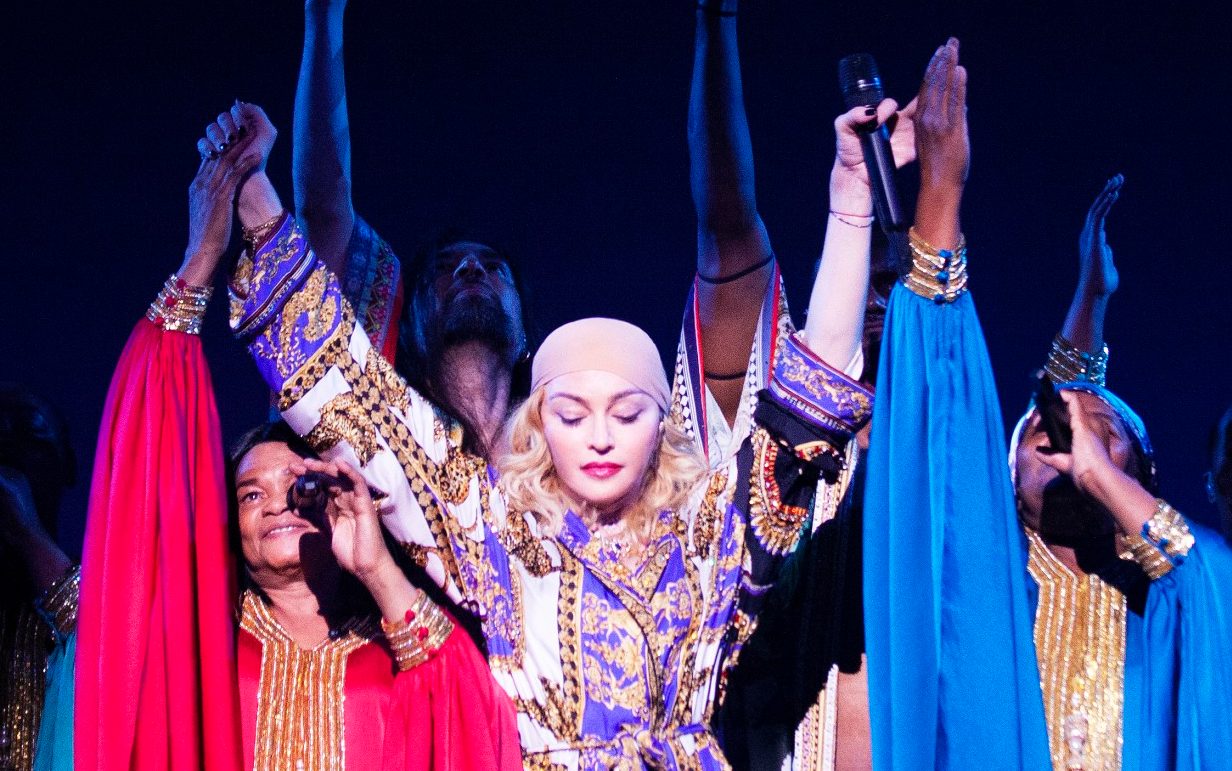 Madonna has released DVDs of her last few tours but given it's an outdated format now, this feels like a good move for her.

Beyonce, Lady Gaga and Taylor Swift have all done documentaries on Netflix in the past, with great results.

If anyone has proved they've still got the shock factor as an entertainer, it's Madonna.

And I'm sure this special will be no exception."

The Director's Cut of the music video for Dark Ballet has become available on YouTube. The 6'29 version contains more scenes with a veiled Madonna.

The video was directed by Emmanuel Adjei, and stars the innovative hip-hop queer pioneer Mykki Blanco as Joan of Arc.

"My interest is in what's really, really good. Look at Madonna, she had been turned down by labels for three years when I met her and signed her. And when I learned that Chris Blackwell, who's one of my idols, had turned her down, for a second I said, "Hmm, maybe I'm making a mistake here." But that was over in about 30 seconds."

Will we soon be streaming the Madame X Tour on Netflix?

An Instagram post by LA-based production company VANDAL is stirring the Madonna fan community, as it mentions "First up is the Netflix documentary chronicling Madonna's Madame X Tour."

After causing a stir among fans, the post has now been edited to exclude this part, which could indicate the information was not supposed to be made public yet.

The post is accompanied by a picture of directors Sasha Kasiuha and Nuno Xico. The latter has worked with Madonna on several occasions, most recently directing the 'World of Madame X' documentary and the Crave music video.

It's unclear whether this is about the recording of the Madame X show itself, or a documentary in the style of Truth or Dare (1991) and I'm Going to Tell You A Secret (2005).