QUEEN of pop Madonna has split from her toyboy boyfriend Ahlamalik Williams after three years together.

The superstar, 63, has told friends she is single again after deciding things were not working out with the American dancer, 28.

The couple — who have a 35-year age gap — started dating in 2019 and Madonna regularly shared photos of him on social media.

But they have not been seen together since January and friends say they amicably decided to separate.

A source said: "Madonna has thrown herself into a busy social life and has been seeing her friends and family after the split."

"She has a packed schedule, working on her upcoming biopic, new music and looking after her family."

"Things have been on and off with Ahlamalik for a while. There's a lot of love but for now they have decided to separate."

"They are still on good terms and there are no hard feelings but they are at different places with their lives."

"They spent months together on tour and in lockdown, but now he has moved out of her home."

"With them both working on other things, it was hard to keep their romance alight."

Madonna’s team did not respond when approached for comment on the split.

During their romance, she helped Ahlamalik land a lucrative deal with fashion designer Stella McCartney, 50, and collaborated with him on a song as he tried to launch his own music career.

Ahlamalik first met Madonna while dancing on her Rebel Heart tour in 2015.

Speaking in 2019, after it was revealed the pair were dating, his dad Drue, 61, said he supported the relationship, even though the Like a Virgin singer is even older than he is.

He said: "She told us she is so much in love with him and that we didn't have anything to worry about as she was going to take care of him.''

"We know there's a huge age gap between the two. Madonna is two years older than me."

"I asked him how he feels about her and he says he has never been happier."

Was Express Yourself inspired by Jennifer Grey and Matthew Broderick?

"What I've learned is that I demanded second best," Grey said, referencing the song's lyrics.

Grey told People ahead of the release of her memoir Out of the Corner that Madonna had thrown her a 29th birthday party and revealed that night that "Express Yourself" was inspired by the actress' relationship with Matthew Broderick. "She told me she wrote 'Express Yourself' about me breaking up with Matthew," Grey said in an interview published Thursday (April 21). "She said, 'Come into my car.' And I got in her Mercedes, where she had a really good sound system, and she was like, 'Listen to this song I just did. It's about you.'"

The now 62-year-old actress and Broderick dated after meeting on the set of Ferris Bueller's Day Off, and were even engaged at one point. After they broke up, Grey began dating Johnny Depp, who she was apparently staying with at a cabin when Madonna told her about "Express Yourself." "What I've learned is that I demanded second best," Grey said, referencing the song's lyrics. "Second best is never enough, you'll do much better, baby, on your own."

She and the "Material Girl" singer had been close friends at the time when Grey's relationship with Depp began, and both women were cast in the 1989 film Bloodhounds of Broadway.Grey told the magazine she reached out to Madonna recently about her relationship being the subject matter of the hit song, which peaked at No. 2 on the Billboard Hot 100 in 1989. "I wrote her an email where I asked, 'Did you just tell that to everyone?'" she said.

In Out of the Corner, Grey relives her life and career and reflects on the choice — her rhinoplasty procedures — that she feels cost her her career. "I spent so much energy trying to figure out what I did wrong," she told People. "Why I was banished from the kingdom. That's a lie. I banished myself. I hadn't seen the way in which I made choices."

"Frozen," a 2021-remixed, Sickick-produced version of Madonna's No. 2-peaking 1998 Billboard Hot 100 hit (which she wrote with Patrick Leonard and produced with Leonard and William Orbit) from her Ray of Light album, debuted at No. 20 on Hot Dance/Electronic Songs in December after going viral. Since, Madonna and Sickick have released two additional remixes, complete with new vocals and official videos, with Fireboy DML (March 3) and 070 Shake (March 31).

Helped by the latter mix, "Frozen" gained by 45% to 2.3 million official U.S. streams and 15% to 1,000 downloads sold in the April 1-7 tracking week, according to Luminate, formerly MRC Data. Concurrently, the track improves on the Dance/Electronic Digital Song Sales chart (8-5), tying "Living" for Madonna's highest-charting song on the survey, which began in 2010. 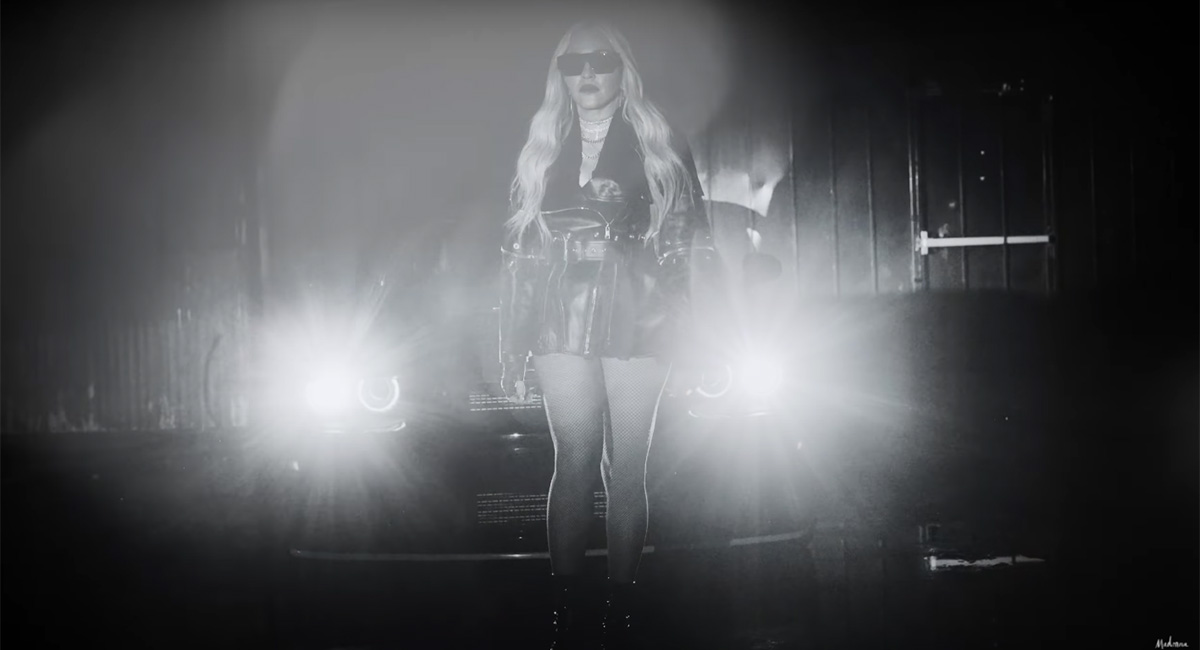 The Queen of Pop announced in September 2020 that she would be directing her own biopic, and tapped Cody to co-write the script with her. According to Madge, the movie is a "happy, sad, mad, crazy, good, bad and ugly" story of her rise to stardom.

"I still can't believe that's how I was able to spend my summer," Cody said of the experience. "She's incredible! I don't think I've ever met anybody with a work ethic like that before."

"Madonna is just on another level," the Juno writer continued. "I can't really say that much about [the movie] but I can say that I'm profoundly grateful for the experience."

Cody also said the collaboration was a bucket-list experience, explaining, "If you had told me when I was in the fifth grade that some day I would get to hang out with Madonna and breathe the same air as Madonna and sit at her knee as she shared the stories of her life? I would never have believed you."

Madonna isn't the only pop star the screenwriter's worked with recently. Cody teamed with Alanis Morissette to transform her breakthrough Jagged Little Pill album into a two-time Tony Award-winning musical, which has been adapted into a young adult novel.

As for which star Cody hopes to work with next, she tells ABC Audio that Beach Boys legend Brian Wilson is her "favorite," adding, "Brian Wilson is my hero…To collaborate creatively with him would be the dream."

And while she admits she doesn't "know if I'll ever get the chance" to work with Wilson, Cody says there's no harm in putting that energy "out there."

Madonna and David sing 'Your Song' for #StandUpForUkraine

Madonna and her son David participated in a social media rally #StandUpForUkraine, organized by Global Citizen, to raise money and awareness for Ukraine.

Together they performed 'Your Song', originally by Elton John.

Donations are welcome at www.globalcitizen.org/en/info/ukraine/.

French fashion photographer Patrick Demarchelier has passed away yesterday. He was 78.

Demarchelier worked with Madonna several fantastic photoshoots. He created the cover art for the I'm Breathless album, the Bedtime Stories album and the Justify My Love single. He also did the famous geisha photoshoot, which appeared in Harper's Bazaar in February 1999. 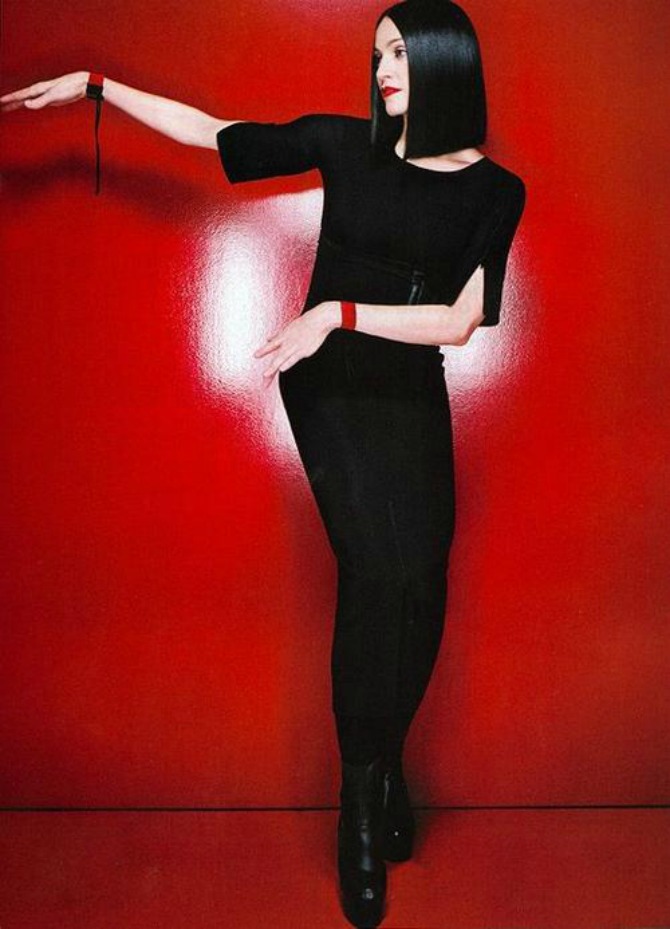 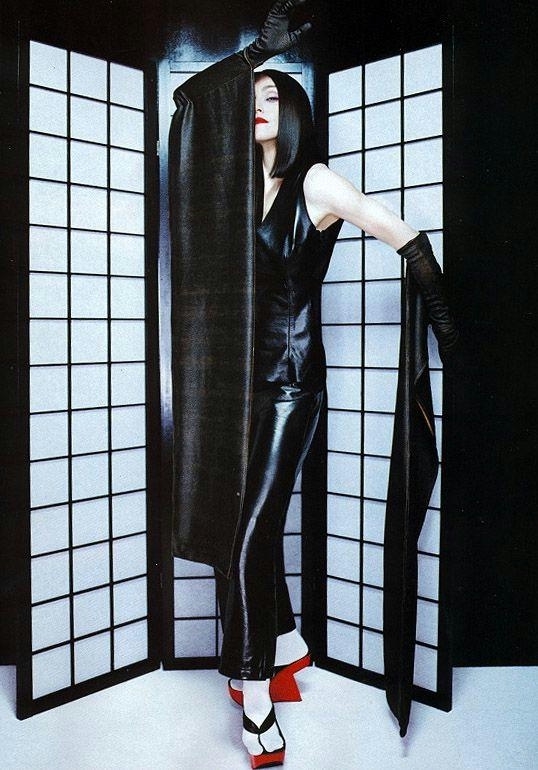 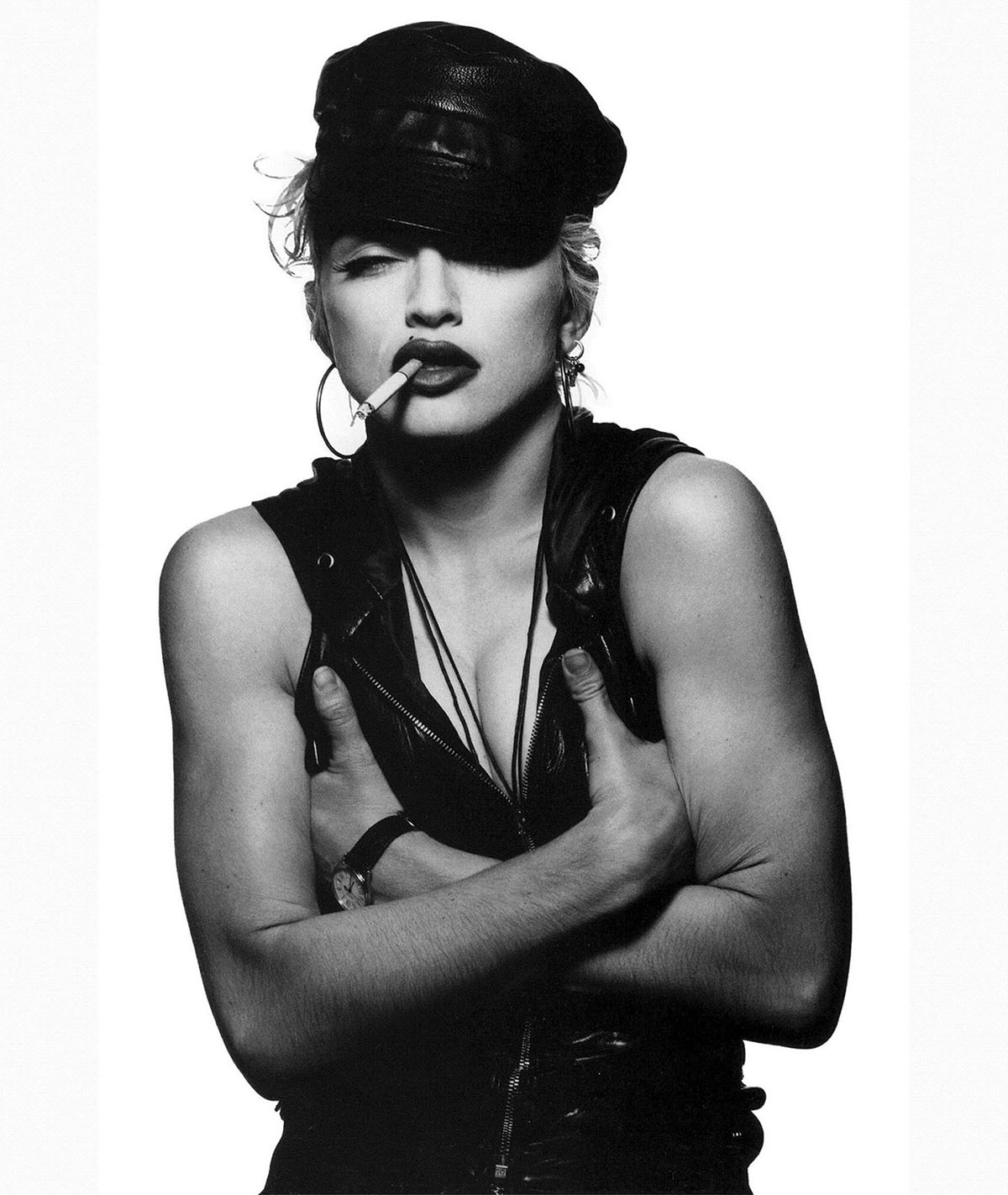 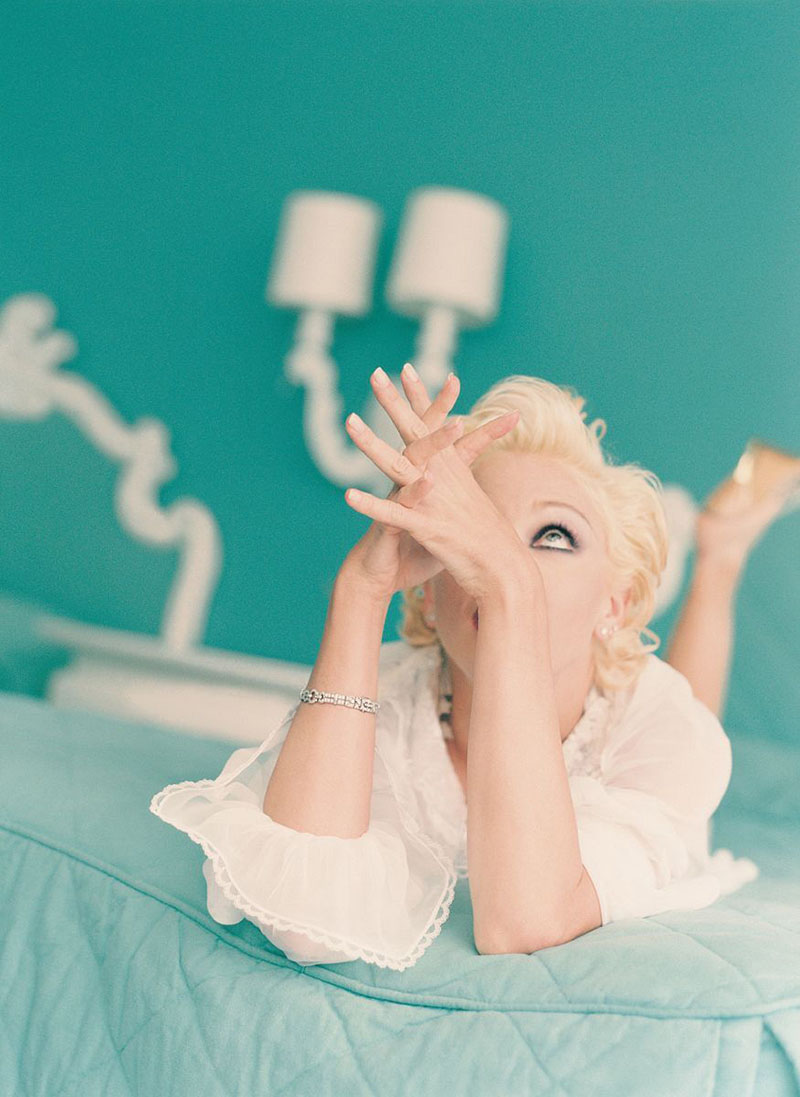 Madonna is not letting go easy of the Sickick Frozen remix. Another version featuring guest vocals by 070 Shake is now released, with another music video, again directed by Ricardo Gomes. 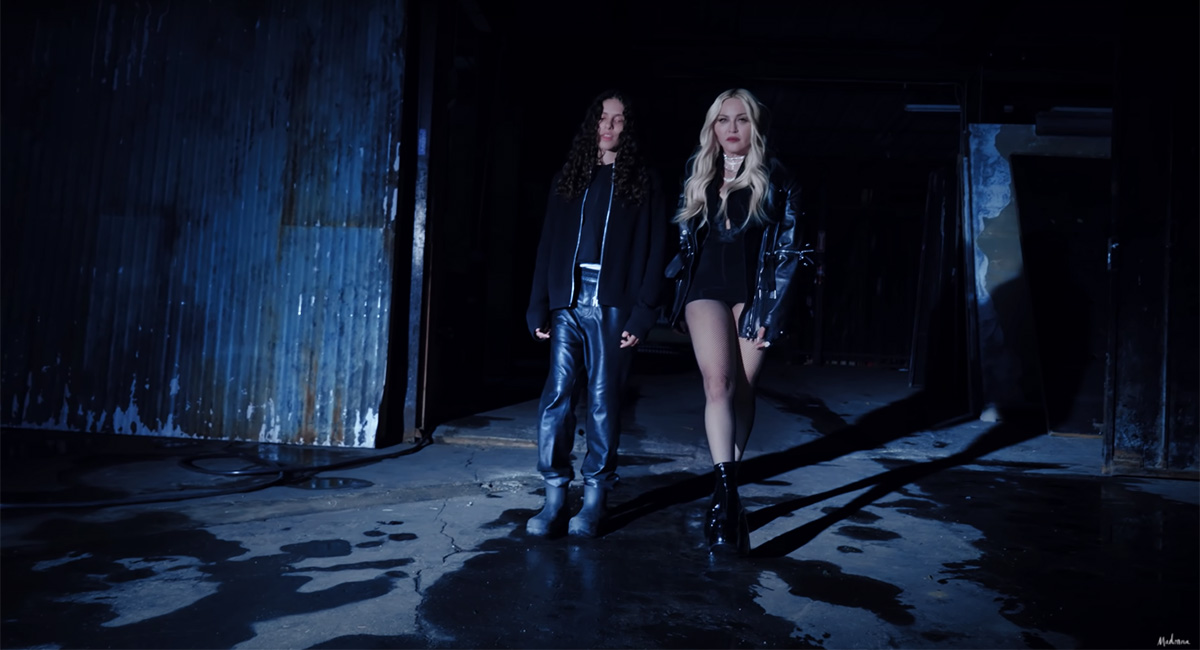