The Queen of Pop is the first act ever to score as many as 50 No. 1s on any single Billboard chart.

Madonna earns her record-extending, landmark 50th No. 1 on Billboard's Dance Club Songs chart, as "I Don't Search I Find" rises 2-1 on the Feb. 22-dated survey.

The chart, and all rankings dated Feb. 22, will refresh on Billboard.com on Wednesday, Feb. 19 (a day later than usual due to the Presidents' Day holiday in the U.S. on Monday, Feb. 17).

"Search" was remixed for clubs by, among others, Honey Dijon, Endor and DJLW.

With 50 No. 1s on Dance Club Songs, which measures reports submitted by a national sample of club DJs (and which launched as a national survey in the Billboard issue dated Aug. 28, 1976), Madonna outpaces runner-up Rihanna, who has notched 33 No. 1s. Beyoncé and Janet Jackson follow with 22 and 20 leaders, respectively.

Madonna is also the first act ever to score as many as 50 No. 1s on any single Billboard chart, extending her record over George Strait, who has earned 44 leaders on  Hot Country Songs.

"Search" further marks Madonna's 10th consecutive Dance Club Songs No. 1, her longest such streak. (Katy Perry holds the record with 18 straight No. 1s in 2009-17.) Twice before, Madonna managed seven No. 1s in a row, first with "Causing a Commotion," from the Who's That Girl soundtrack (1987), through "Justify My Love," from her first greatest hits set, The Immaculate Collection (1991), and then with Ray of Light's "Nothing Really Matters" (1999) through Music's "Impressive Instant" (2001). Madonna's current run began with "Give Me All Your Luvin'," featuring  Nicki Minaj and  M.I.A., in 2012.

In honor of Madonna's latest achievement, here is an updated look at her historic 50 Dance Club Songs No. 1s, a run that began with the double-sided single "Holiday"/"Lucky Star," which reached the top the week dated Sept. 24, 1983. You'll notice that one of her No. 1s is an entire album: You Can Dance (1988), a collection of mostly remixes of previously-released songs (and one then-new cut, "Spotlight"). Prior to Feb. 23, 1991, the chart wasn't always song-specific and full albums were, at various points, allowed to chart. (For titles that spent multiple weeks at No. 1, total frames in the lead are noted in parentheses.)

Madame X shows in Paris on Feb. 20 and 25 are cancelled

The opening show in Paris on February 20th, as well as the show on the 25th have both been cancelled. While there hasn't yet been an official announcement, the Facebook events for both dates indicate they've been cancelled.

It is safe to assume these cancellations were done for the same reason as those in London: to allow for enough time in between other shows for Madonna to rest and recuperate from her injuries.

Fans with tickets for either of these shows should soon receive information on the reimbursement. 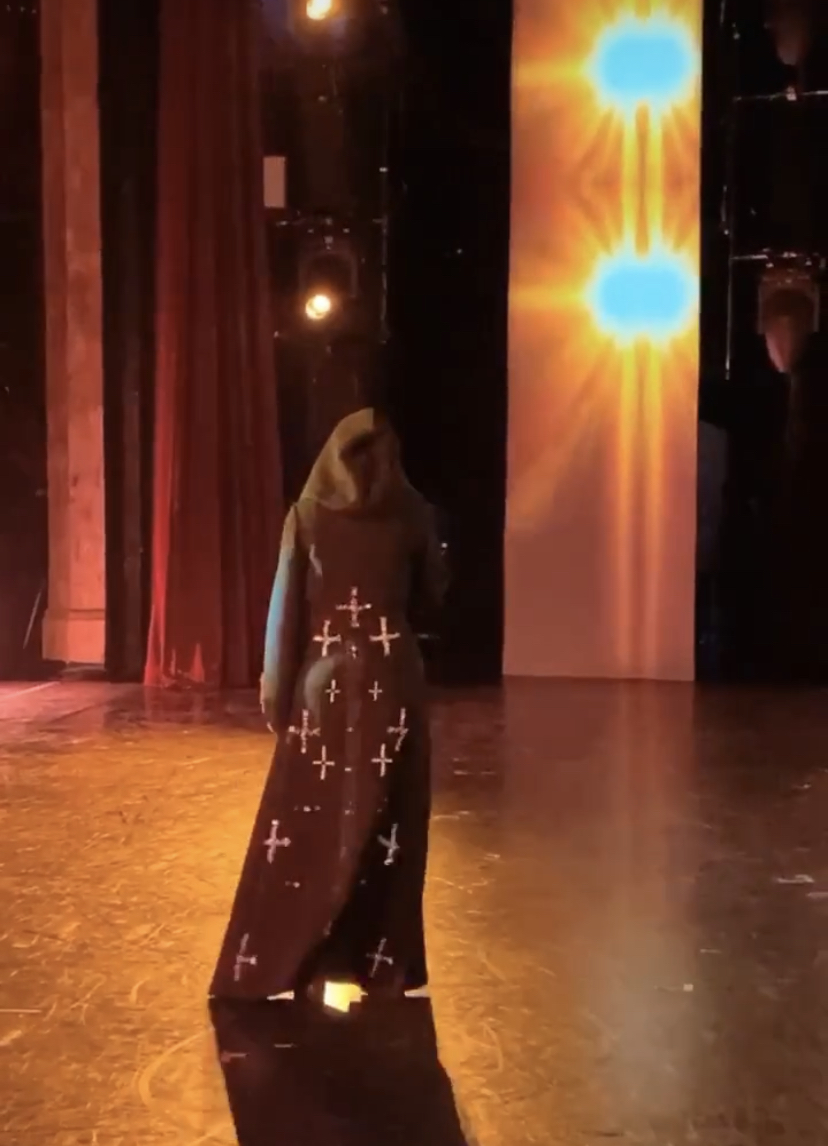 Madonna has paid tribute to Eminem's support for gun control during her latest London Palladium show.

The singer performed a stripped-back rendition of Simon & Garfunkel's classic 'The Sound of Silence' – the track which is sampled on Eminem's video for 'Darkness', released last month (January 17), which calls for tighter US gun control measures.

Madonna spoke between lines of the song to say 'yes, gun control,' and ended the brief performance by saying: "And that's what you want to hear. Not guns. The sound of silence." Watch the clip, posted on Twitter by the artist herself, below.

The tweet was captioned "Thank you @Eminem". In the song 'Darkness', from last month's (January 17) surprise album 'Music To Be Murdered By', Eminem raps from the point of view of a shooter targeting concertgoers from a hotel room.

The music video visualises the scene, which is a reference to the 2017 Las Vegas shooter who killed more than 50 people attending the Route 91 Harvest music festival.

Although Madonna praised the rapper for addressing gun control, many of her fans were quick to remind her that Eminem also attracted criticism for 'Unaccommodating' from the same album – which features a controversial reference to the Manchester Arena attack in 2017.

"I'm contemplating yelling 'Bombs away' on the game/Like I'm outside of an Ariana Grande concert waiting," he raps on the track.

In response, some fans noted that, despite the insensitive line, Eminem did take to social media to offer support immediately following news of the terrorist incident.

Madonna has claimed the London Palladium tried to "censor" her by cutting short a concert after she ran over her curfew on Wednesday.

The singer was performing her Madame X show when the lights and sound were switched off and the curtain closed as she went past her 23:00 GMT deadline.

Madonna shared a video on Instagram, which showed her trying to sing her final song in front of the curtain.

The Palladium had warned her not to break the strict curfew.

The pop superstar is in the middle of a residency at the venue.

She wrote: "It was 5 minutes past our 11:00 curfew, we had one more song to do and The Palladium decided to censor us by pulling down the metal fire curtain that weighs nine tonnes.

"Fortunately they stopped it half way and no one was hurt. Many thanks to the entire audience who did not move and never left us. Power to the people!!"

The venue denied that staff had used the fire curtain, but did not directly comment on the show being cut short.

"Contrary to a number of reports, at no point during last night's performance did staff at The London Palladium pull down, or attempt to pull down, the Iron Fire Curtain," a spokesman said.

The video footage appeared to confirm that it was the main cloth curtains which were used closed, rather than the iron fire curtain.

Madonna emerged from the closed curtain with her backing dancers as the crowd chanted her name. She performed her final song, I Rise, with the house lights turned up and her microphone switched off.

"I've been warned by Westminster council," she told the audience during the first night at the London venue last week, adding that she knew an "iron curtain" would fall over the production if she ran late.

Previous shows in the US have run considerably later than the London dates, with fans often kept waiting for several hours.

One fan wrote on Twitter: "Madonna just got cut off mid song by the Palladium curtain dropping and the lights coming up as she overran the curfew. Glorious moment. She finished the show a cappella in front of the curtain like a champ!"

Another said: "So not only did we finally see the utterly iconic Madonna live but she missed the curfew and the Palladium shut the lights and sound off. As the curtains fell, Madonna and her dancers stormed back onto the stage and sang I Rise a cappella backed by the audience."